Note: The recent news involving Reid Ryan Allen's whereabouts/identity has been added to this site.

Born in Poughkeepsie, New York, Allen's family relocated to Springhill, Florida in 1996 before settling down in Loveland, Colorado in 1999. Allen was an only child. His parents separated shortly after his arrest at the age of 12, which occurred just after they enrolled Allen into Loveland Middle School. They eventually divorced in late 2004.
Allen met Loren years earlier when she was in a group home with him. Loren (according to others in the home and confirmed in Loren's own diary) took Allen's virginity when he was just 13 years old (she was 17). Loren was murdered in her apartment, with her body left out in the open, and Allen's fingerprints all over the crime scene (his prints were on file from the arrest when he was 12 - for theft and arson - which is what led him to be placed in the group home after he did a stint in Juvenile hall). Allen skipped town the night of Loren's murder (September 11th, 2004).

​It was later discovered that in the year leading up to Loren's murder Allen had participated in several street fights and the rape of a young woman, Maria Bianchi, 22 years old (all of these crimes were caught on camera - the footage was discovered in 2005 but was believed to be shot in mid 2003, when Allen was 15 years old). Two others were involved in the rape; Rhonda Mitchell, age 17 at the time (also from Allen's group home), who died in 2004 of a heroin overdose, and an unknown camera man (believed to be another boy from Allen's group home). Maria never told anybody about the rape and killed herself on August 4th, 2003. It's believed that the rape took place a week or less prior to her suicide.
Allen made the top 10 most wanted list in 7 different states before his 20th birthday. And then, in early 2008, he vanished. Every known video tape was eventually recovered by the FBI. The last verified date of any recorded video by Allen was on Dec 12, 2007.

Why did Allen stop killing? Perhaps because VHS was nearly dead by this point and he couldn't leave his "signature" as easily? Or did he simply know when to quit before getting caught? Maybe he drove off a cliff? There's been much speculation. Sightings have been reported. People who look similar to him have been stopped by police on various occasions, some even arrested. But, like a ghost, Allen simply vanished. Puzzling to authorities as he never appeared to be a genius or a criminal mastermind, simply a lucky kid. His first murder was extremely sloppy, but there was never evidence of the following 21 murders (the only proof of a murder was what was shown on camera, with victims #3 - #22). How did he become so good at cleaning up a crime scene? And why give yourself away by videotaping 20 murders and exposing those crimes to the public if you would have gotten away with it? Was it because he figured one murder is as bad as a hundred so why not take the credit for the rest? But then why do such a tidy job of cleaning up every crime scene after the first? This man has surely become history's most baffling murderer. Not even the Zodiac nor Jack the Ripper can top the mysteries surrounding Allen.

Note: Allen also killed a witness, Alex Hartley, age 32 (bringing his death toll to 23). Allen only recorded police and paramedics working the crime scene (as seen in Allen's video - he stood watching from down the street), not the actual attack. Hartley was severely beaten. He never regained consciousness and died at the hospital just a few hours after the assault. Hartley's death wasn't connected to Allen until nearly two years later.

​Since Allen's disappearance...
A television movie was made about him, there's also a TV series in the works, endless crime shows about the events have been produced plus several documentaries, indie films and unapproved underground films, with T-shirts, posters, books, and now a big Hollywood movie is currently filming. But the worst part...his videos have made their way to the internet. On March 5th, 2016, somebody in the FBI leaked all of the tapes. 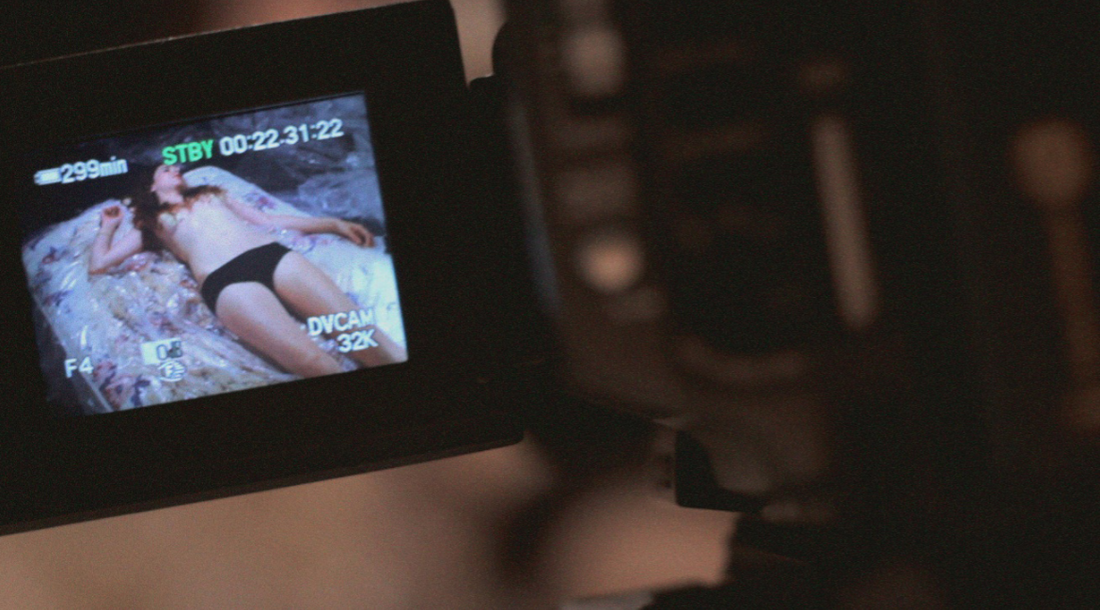 ​There had been a leak before (November 2007) by a disgruntled middle aged conspiracy theorist who had rented one of Allen's videos, but every trace of that video was quickly expunged. This new leak has been both good and bad for authorities (and the public), though anything but discreet. The good news is that they have finally identified 5 of the 8 unidentified girls in the videos. The other 14 victims (including Loren) had been identified within the first couple of years of their disappearances, since Allen, unlike the Green River Killer, went for girls with families, young girls, girls who would be missed and girls whom he had to persuade and charm (much like Ted Bundy). Leaking the videos to the internet quickly led to identifying 5 more victims. Now 19 out of the 22 girls have been identified (though there are plenty of missing persons cases nationwide - even in Europe - which have been blamed on Allen, but only 22 girls appeared in his videos).

​The bad news is that many of the girls were underage at the time of the recorded sexual acts, so now people watching the videos simply out of curiosity or true crime enthusiasts, or those wishing to help, and even friends and family looking for answers, are being cracked down on for owning and/or viewing child pornography, which has caused quite a stir, worldwide. It's also outraged the families who've already identified their daughters, sisters, granddaughters, etc., as they've been hounded relentlessly by the media for years, and this has merely added more fuel to a never-ending fire. And while the 5 new girls identified are giving their families closure, it's by far the worst way to get it...in the public eye with everybody viewing their naked and lifeless daughters.

On May 29th, 2016 the body of Reid Ryan Allen was discovered. Construction workers building a new shopping center stumbled across the remains of a body, positively identified by dental records to be that of Allen. Autopsy reports show that his skull sustained a single heavy blow associated with blunt force trauma, and they believe his death occurred in late 2004, at the beginning of Winter.

So...what does this mean?
Allen was definitely involved with the murder of Loren Davies, the first victim, that has been confirmed long ago, along with the rape of Bianchi. But who is the guy in the rest of the videos? The guy who, by his looks, everybody believed to be Allen for the past 12+ years. Where is he? And why did he stop killing? 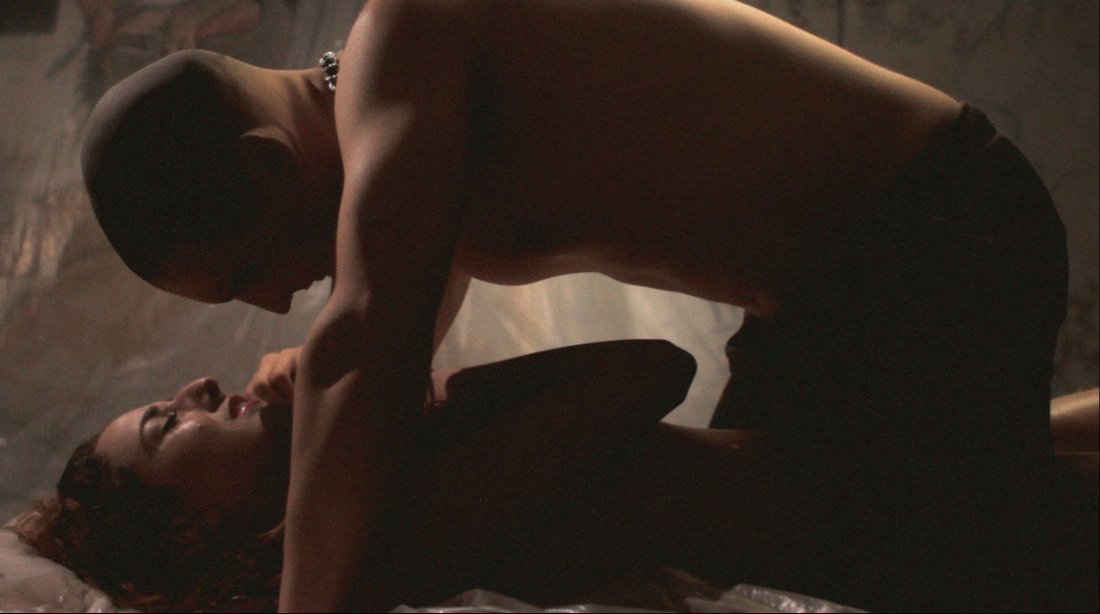 A scene from the upcoming Hollywood film "Play Victim for Me", portrays the killer in a mask, with a crime scene staged all around him in a seedy, graffiti riddled set up. Another inaccuracy (the worst) showcases him killing a victim with a knife. Since the recent discovery of Allen's body production on the film has been postponed while the writers figure out a new ending. 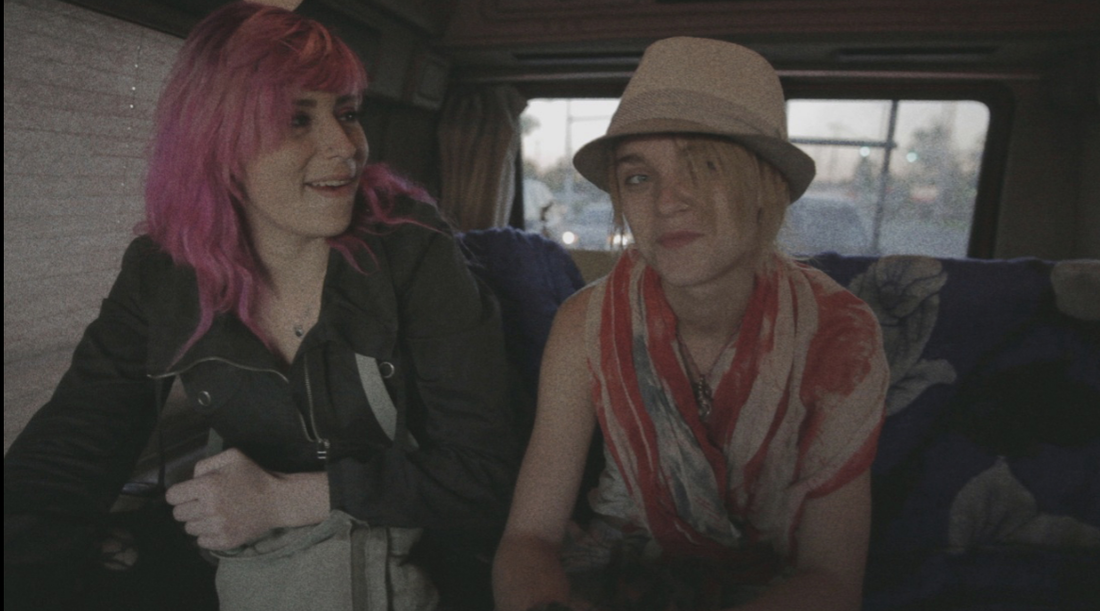 The 2014 independent film, "The Girls on the Wrong Side of the Street", took a much different and more accurate approach. It focused on just two victims, Samantha Picca, 19 years old (left, portrayed by actress Stefanie Slack) and Hannah Roberts, 16 years old (right, portrayed by Aleksandra Brown). This was the only time in which case the killer murdered two girls together. They first performed some soft-core lesbian action for the camera before the killer joined in. Things escalated when bondage entered the equation. The murders actually occurred at the home of Picca (as identified in the video when it later surfaced) in her own personal dungeon in her garage. Given the vast amount of forests in the area, it's likely they were taken out and buried somewhere close by. The film spent the first hour focusing on the relationship between the two girls (instead of making it a bloodbath horror film like the Hollywood movie appears to be doing). It was met with positive critical response and a limited theatrical run.